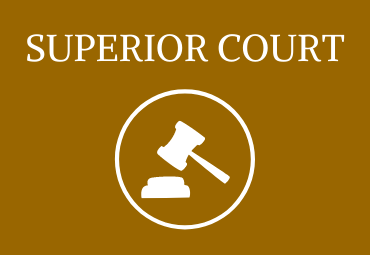 Throughout Georgia’s history, the superior court has been the court in which serious criminal cases and more important civil cases have been tried. Until 1845, their decisions were final. Since that date, they have been subject to review by appellate (appeals) courts in Georgia and the United States Supreme Court.

The Clerk of Superior Court, Frances B. Yeargan,  is elected and serves a four-year term.

The superior court is a court of record, meaning that all documents must be filed in court. The clerk of the superior court is statutorily designated as the receiver and custodian of the records of the superior court. A constitutional, county officer, the clerk is statutorily responsible for all moneys paid into the  court; the safekeeping, preservation, and management of all documents, orders and decrees of the court; jury management; and provides management and clerical support for the court. The clerk of superior court also is the register of real and personal property records, the clerk of the jury commission and, serves as clerk of two other courts (juvenile court, state court). The Clerk of Wayne Superior Court serves as the clerk of juvenile court and state court. The Office of the Clerk of Superior Court is located  at 174 North Brunswick Street in the Annex Building behind the Wayne County Courthouse.

The court’s caseload is divided into two divisions, civil and criminal, with a case assignment system used in the civil division for equally distributing the civil caseload to the four judges. Each division requires and provides for jury trials in which jurors are selected and impaneled to decide issues between parties. Twelve-person juries are required for all cases, unless the parties agree to proceed with as few as eleven jurors.

The clerk of superior court is required by statute to maintain the jury lists of the county.

All jurors, once summoned for jury duty, are required to serve. The only reasons for excusal from jury service provided for by law are:

(1) death;
(2) a permanent physical or mental disability (in which case an affidavit must be provided by a medical doctor, psychiatrist, or psychologist);
(3) a felony conviction; and
(4) residency (that is, the juror no longer resides in the county).

A juror may deferred for one term of court if the juror is:
(1) temporarily physically or mentally unable to serve (an affidavit from a medical doctor, psychiatrist, or psychologist must be provided);
(2) the sole provider of care for a child or children under the age of five and for whom no one else is available to provide such care;
(3) the provider of care for an ill or disabled family member; or
(4) employed in a job necessary to the public well-being (such as a police officer, medical doctor, or nurse) and no one is available on the date the juror has been summoned for court to take the juror’s place.